Accompanied by Swami Akhandananda, Swami Vivekananda reached Almora by the end of August 1890. Having spent a couple of days there, Swamiji along with other monks left Almora for Garhwal on September 5. But as they reached Karnaprayag they came to know that the road was closed by the government because of famine condition prevailing there. So Swamiji changed his plan and proceeded to Srinagar in Garhwal State. However, as they reached Rudraprayag Swamiji and Swami Akhandananda fell sick. Fortunately the court Amin Badri Dutt Joshi was on tour and seeing their plight, he arranged treatment and sent them by dandi to Srinagar. At Srinagar, the Swami and his brother monks stayed about a month and a half. They spent their days happily on the bank of Alakananda, living on madhudari, studying scriptures and practising spiritual disciplines.

But with winter approaching, Swami Akhandananda was not keeping well. Swamiji decided to come down to Tehri, the capital of a small Himalayan principality. Though they lived far away from the locality their whereabouts were brought to the notice of the Dewan of Tehri, Raghunath Bhattacharya, elder brother of Pandit Haraprasad Shastri, a renowned scholar of Calcutta. Bhattacharya requested Swamiji and other monks to stay with him and Swamiji agreed. After a few days, Swamiji again became eager to plunge into meditation and for that reason, wanted a suitable place. Accordingly, Bhattacharya made suitable arrangement for their stay at Ganeshprayag, the confluence of Ganga and Vilangna.  But as things were cleared for Swamiji to merge into the bliss of Samadhi and as he was about to move to the new place as fixed by the Dewan Swami Akhandananda was afflicted with Bronchitis. Swami Akhandananda later remarked, “Every time, the Swami desired to retire into the life of Silence he was compelled to give that up under the pressure of circumstances.”

We all know he had been invested with a mission to fulfil by his Guru Sri Ramakrishna for the revival of the true spirit of Hinduism and to take the light of the luminous thoughts enshrined in the hoary scriptures the land had begot far and wide, across the world.

The Swami gave up his long-cherished craving for intense sadhana and left for Dehradun. He reached Rajpur, some six miles away from the city of Dehradun. In those days, it was a prosperous locality. Near the local Shiva temple around a spring Bauri, there were some huts for the monks and in one of them, Swami Turiyananda, a brother monk of Swamiji, was undergoing penance. Swami Vivekananda did not know this. After visiting the temple of Devi Ambika as they were coming down to Dehradun he chanced to meet Turiyanandaji.  It gave all of them immense joy. After spending some time at Rajpur, Swami Akhandananda was taken to Dr Maclaren, the civil surgeon of Dehradun, for whom the Swami had brought a letter of introduction from the Dewan of Tehri. After careful examination, the doctor advised the ailing Swami to avoid hills and go down to the plains. During the treatment, the doctor was acquainted with Swami Vivekananda and they used to have long, animated discussion on religious and other interesting topics.

Now the treatment having been assured, Swamiji’s next concern was to find a suitable place for Swami Akhandananda and others. He went from house to house in search of a shelter. But nobody agreed to take them in. In course of this feverish search, he providentially came across Hriday Basu, one of his schoolmates. Hriday had embraced Christianity and was employed as a teacher in a local Christian missionary school.  He agreed to let Swami Akhandananda to live in his place. But   Swami Akhandananda, long habituated to the Hindu mode of living, revolted against the Christian ways. He returned to Swamiji who was staying at the time at an unhealthy house of a merchant. He could not allow his ailing brother monk to stay in that damp room. He again was out while looking for accommodation. Almost everywhere he received cold replies. At long last, Swamiji met Pandit Anand Narayan, a Kashmiri advocate practising at the local bar. He was pleased to provide the sick monk a place to live in and gladly rendered all possible help for his recovery. It was indeed a noble gesture. The sick Swami recovered his health and proceeded to Meerut while Swami Vivekananda left for Rishikesh.

An interesting happening during Swami Vivekananda’s stay in Dehradun needs mention. At Hriday Basu’s house, one day the Swami met some Christian missionaries who were speaking ill of other religions. Swamiji requested them to be reverential to other religions and to follow their own path diligently. This made the missionaries all the more vociferous. But when Swamiji brought forth higher criticism on the Bible the missionaries could not stand the force of his arguments and left the place quietly. Swamiji, however, felt sorry over what had happened and apologized to his friend. Hriday Babu was charmed by Swamiji’s humility and broadmindedness. 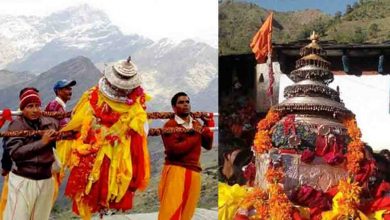 Dev Dolis to be major attraction in Kumbh Mela 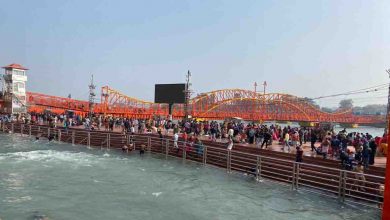 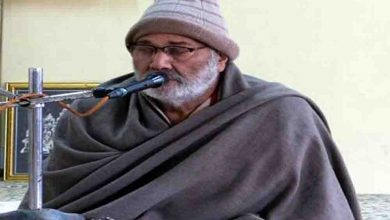