The prices of vegetables have been hiked once again in Dehradun amid the increasing cases of Covid-19 when the financial crisis is already burning a hole in the pocket of a common man. In the last seven to 10 days, the prices of vegetables like onions, tomatoes, lady fingers and potatoes have doubled compared to the earlier rates of about Rs 25 to Rs 30 per kilogramme. However, some locals also stated that the prices of some vegetables are different at different places in the city. According to Aradhana Sharma, a resident of Dalanwala, various vendors and shopkeepers are selling the vegetables as per their wishes and no one is restricting them. “I bought onions and tomatoes from Dharmpur vegetable market on Monday morning at the rate of Rs 50 per kilogramme and Rs 60 per kilogramme respectively. Later that day, my husband who was unaware of my earlier purchases, bought some vegetables at the rate of Rs 35 per kilogramme for onions, Rs 80 per kilogramme for tomatoes and Rs 50 per kilogramme for potatoes near the same vegetable market. We paid the completely different prices for the same vegetables and this is not something new. Such things are happening for weeks now- every vendor in every area is selling as per their wish and making extra bucks from the locals. At least, some authorities should monitor such situations and ensure that no one is being exploited by any vegetable seller in the market,” said Sharma. A vegetable wholesaler also informed that the local vegetable vendors are buying vegetables at very low prices but selling them as per their own set prices to earn huge profit. Talking about such issues, the secretary of Mandi Samiti, Vijay Thapliyal stated that the prices of some vegetables generally go high during monsoon as it is still raining in many districts and states. However, he added that the vendors might be selling their vegetables at higher prices than they usually do but the Mandi Samiti cannot restrict the vendors from selling their products at certain prices or monitor them as they sell their products as per their business. However, he stated that the prices will return to normal possibly by October end.

Meanwhile, Thapliyal added that Mandi Samiti is following all the precautions in the Mandi and imposing fines on those who do not follow safety protocols. He also informed that Mandi Samiti still allows the entry of suppliers’ vehicles on the basis of odd-even system in the morning and when the crowd appears less, the restriction is relaxed for vendors after 11 AM. 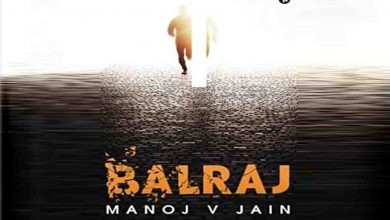 Balraj in essence and spirit