Prime Minister Narendra  Modi, the main face for the National Democratic Alliance (NDA), will go full steam campaigning in Bihar by holding as many as 12 rallies, starting  next Friday, for the upcoming Assembly polls in the State.

Of these rallies, three each would be held on the days when the first (October 28) and second phase (November 3) of polling will be on in other constituencies in the State. The elections in Bihar are being held in three phases on October 28, November 3 and November 7 for the 243-seat Bihar assembly.

The BJP, in the meantime, continued to distance itself from the Lok Janshakti Party (LJP) and even dubbing it a “vote katua” (vote-cutter) party. But then, LJP leader  Chirag Paswan too continued to play his part to create confusion among the NDA ranks by reiterating his reverence for Modi and wishing to see the next Bihar Chief Minister from the BJP.

The BJP is seeking to reassure Chief Minister Nitish Kumar that it is not providing any tacit support to the LJP against him. “Chirag has chosen a separate path in Bihar, he is trying to mislead people by taking names of senior BJP leaders. We don’t have any B or C team. The NDA will get a three-fourth majority. Chirag’s party will be left as a vote-katua party,” Union Information and Broadcasting Minister Prakash Javadekar said.

As all  senior BJP leaders , including party president JP Nadda, have  hit the ground to take the BJP-JD(U)-VIP alliance forward in Bihar, the LJP seemed to be playing truant by “loving BJP” and “hitting” JD(U).

“I don’t need to use the PM Modi’s photos for campaigning. He lives in my heart, I am his Hanuman. If needed, I’ll tear open my chest and show it,” said Chirag even as the BJP hit out at him.

Other senior BJP leaders, including party general secretary Bhupender Yadav, too hit out at Chirag, who walked out of the ruling NDA in Bihar and deciding to contest the Assembly polls on its own.

Yadav accused Chirag of practising “politics of lies”, saying he had been praising the Bihar Government in February this year. “Chirag should not either live in illusion or nurse any illusion or spread illusion,” Yadav tweeted.

The Union Minister’s statement came hours after Bihar Deputy CM Sushil Kumar Modi said Chirag’s party left the NDA as it wanted more seats than what the BJP was willing to give.

“LJP was asking for more seats than what we wanted to give, so the matter broke down. Nowadays, some leaders of LJP are spreading rumours and asking why did the Prime Minister and Amit Shah not stop LJP from leaving NDA?” said Sushil. 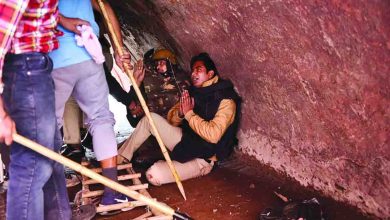 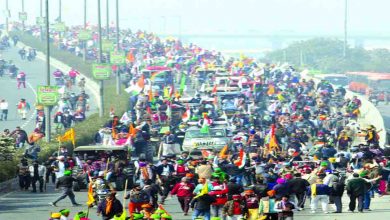 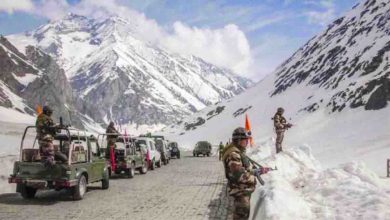 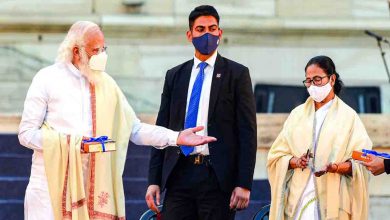