Days after a man complained to Jhabreda police accusing his wife of killing his grandfather and sister, the police arrested Riya and a man named Rohit in the case.

Superintendent of police (Rural) Swapna Kishore Singh informed the media that on December 14 Suraj Kumar had lodged a police complaint alleging that his wife Riya and her paramour Rohit had killed his sister and grandfather. A case was lodged and following investigation, Rohit was arrested on December 16 while Riya was arrested the next day. During questioning, the accused Riya told the police how she and Rohit got involved in an illicit affair. Both used to consume intoxicating pills which Rohit used to procure. When her husband used to go for night duty, she used to drug his grandfather’s meal and then call Rohit home. On November 2 when Rohit was going back from Riya’s home Suraj’s grandfather Mahendra saw him. To conceal their secret, the duo allegedly strangulated him. They then placed his body on a cot to make it appear like a natural death. However, after the death Suraj stopped going out for work while his sister Preeti returned home from her uncle’s place. Riya and Rohit then planned to eliminate Preeti whose meal was drugged on the night of November 5. When Preeti got intoxicated, Riya allegedly smothered her with a pillow. To avoid suspicion she then raised the alarm at 11 PM telling her husband that something had happened to Preeti. To conceal her affair the accused Riya also used to pretend about being affected by the paranormal which made the family members hesitant to confront her. The accused duo told the police that some days after eliminating Suraj’s grandfather and sister, they had hatched a plan to kill Suraj too. Riya said that she was unhappy with her husband’s behaviour as he didn’t used to give her money for her expenses.

New Tunnel beneath Chamba all set to be opened 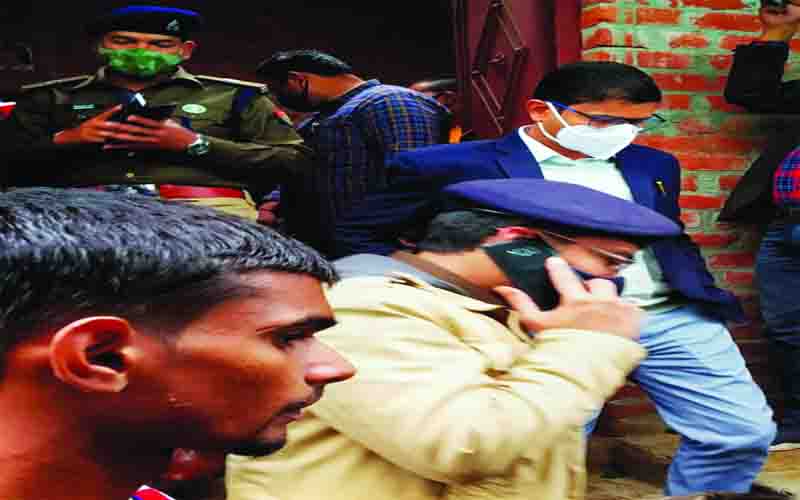