Democrat candidate on cusp of US presidency with gain in Pennsylvania

Democratic presidential candidate Joe Biden on Friday took crucial leads over Donald Trump in the key battleground States of Georgia and Pennsylvania, bringing him on the cusp of a historic victory over the incumbent Republican US President in the closely-fought election.

The focus on Pennsylvania, where Biden led Trump by more than 9,000 votes, and Georgia, where Biden led by more than 1,500, came as Americans entered a third full day after the election without knowing who will lead them for the next four years. The prolonged process added to the anxiety of a nation whose racial and cultural divides were inflamed during the heated campaign. The 77-year-old former Vice President was trailing Trump by more than 50,000 votes in Georgia till Wednesday.

Thousands of requested overseas and military ballots may arrive by the deadline Friday, and there are provisional ballots left to count. Georgia secretary of state Brad Raffensperger said on Friday that there will be a recount given the tight margin.

Biden continued to maintain his small lead in the other two battleground States of Arizona and Nevada. To be declared the winner of the US election, either of the two candidates needs at least 270 of the 538 electoral college votes.

As per the latest projections, Biden has 253 electoral college votes and Trump trails behind with 213. But some US media outlets have given 264 votes to Biden and 214 to Trump.

Biden was at his home in Wilmington, Delaware, as the vote count continued and aides said he would address the nation in primetime. Trump remained in the White House residence as more results trickled in, expanding Biden’s lead in must-win Pennsylvania. In the West Wing, televisions remained tuned to the news amid trappings of normalcy, as reporters lined up for coronavirus tests and outdoor crews worked on the North Lawn on a mild, muggy fall day.

Trump’s campaign, meanwhile, was quiet — a dramatic difference from the day before, when it held a morning conference call projecting confidence and held a flurry of hastily arranged press conferences announcing litigation in key States.

However, Trump showed no sign of giving up and was was back on Twitter around 2:30 a.m. Friday, insisting the “U.S. Supreme Court should decide!”

In the US election, voters decide State-level contests rather than a single, national one. Each US State gets a certain number of Electoral College votes partly based on the size of the population, with a total of 538 up for grabs.

President Trump at a White House news conference accused the Democrats of massive ballot fraud and alleged that the election was being stolen. He did not offer any evidence to back his claim.

His campaign has filed multiple lawsuits in the States of Pennsylvania, Michigan, Georgia, and Nevada and has demanded a recount of votes in Wisconsin.

The Biden campaign has denied the allegations.

Several American news channels on Thursday evening cut off the live telecast of Trump’s White House news conference as they believed that his allegations of voter fraud were without any evidence. “In America, the vote is sacred. It’s how the people of this nation express their will. And it is the will of the voters, no one and not anything else that chooses the President of the United States. So, each ballot must be counted and that’s what is going on now. And that’s how it should be,” Biden said in his address to the media in Delaware on Thursday.

“Democracy is sometimes messy, so sometimes it requires a little patience. But that patience has been rewarded now for more than 240 years with a system of governance that has been the envy of the world. We continue to feel very good about where things stand,” he said.

Meanwhile, a senior aide of Donald Trump on Friday said the incumbent President does not have plans to immediately concede the election to Biden.

Reacting to the leads established by Biden, the aide told Fox News that the President’s counsellors have been giving him advice in both directions, with some telling Trump that a concession is the correct thing to do, and others pushing him to continue to fight to ensure the vote was correct and legitimate.

The aide, who was not identified, told Trump’s favourite news channel that the President is “simply skeptical.”

The aide said, though, that the President “may ultimately concede.” “He’s just not there yet,” the aide added.

Reacting to the Trump aide’s remarks that President Trump has no plans to concede the race, Biden spokesperson said, “As we said on July 19th, the American people will decide this election.”

“The United States government is perfectly capable of escorting trespassers out of the White House,” campaign spokesperson Andrew Bates said in a statement.

Biden currently has a lead of 4.1 million votes in the count nationwide, reflecting a 1.3 per cent swing toward his party from 2016 in the votes counted so far.

But more than 6 million ballots may remain to be counted, many of them in California and New York, which is likely to increase Biden’s margin, The Washington Post reported.

The shift toward the Democrat in the presidential race was small but consistent across the country. Only eight states and the District of Columbia voted less Democratic than they did four years ago, based on current counts. 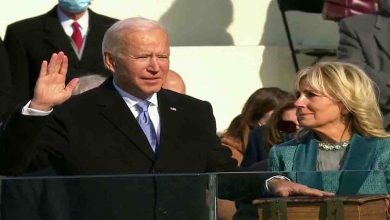 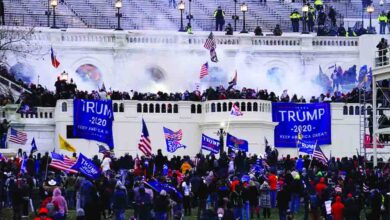